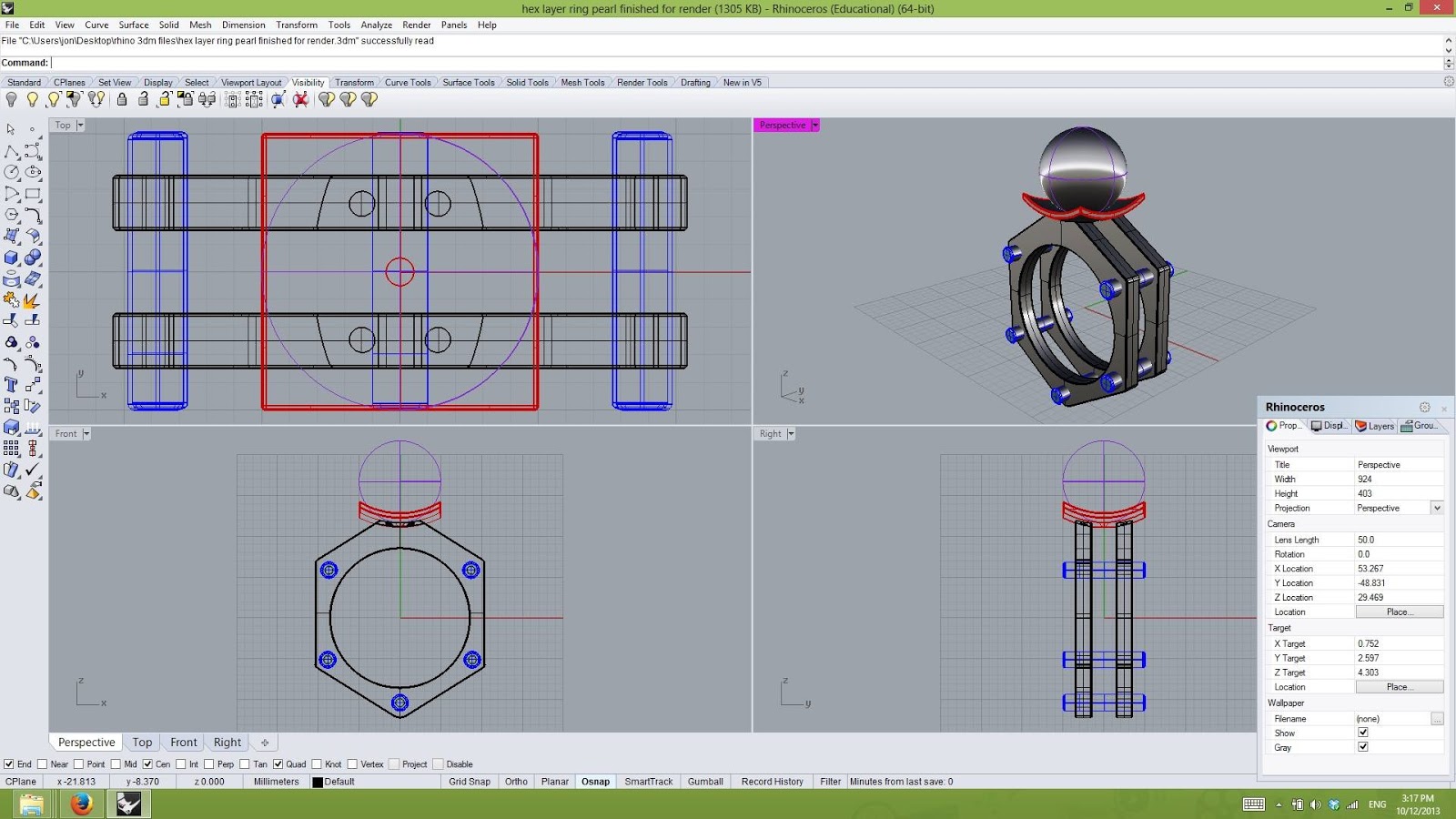 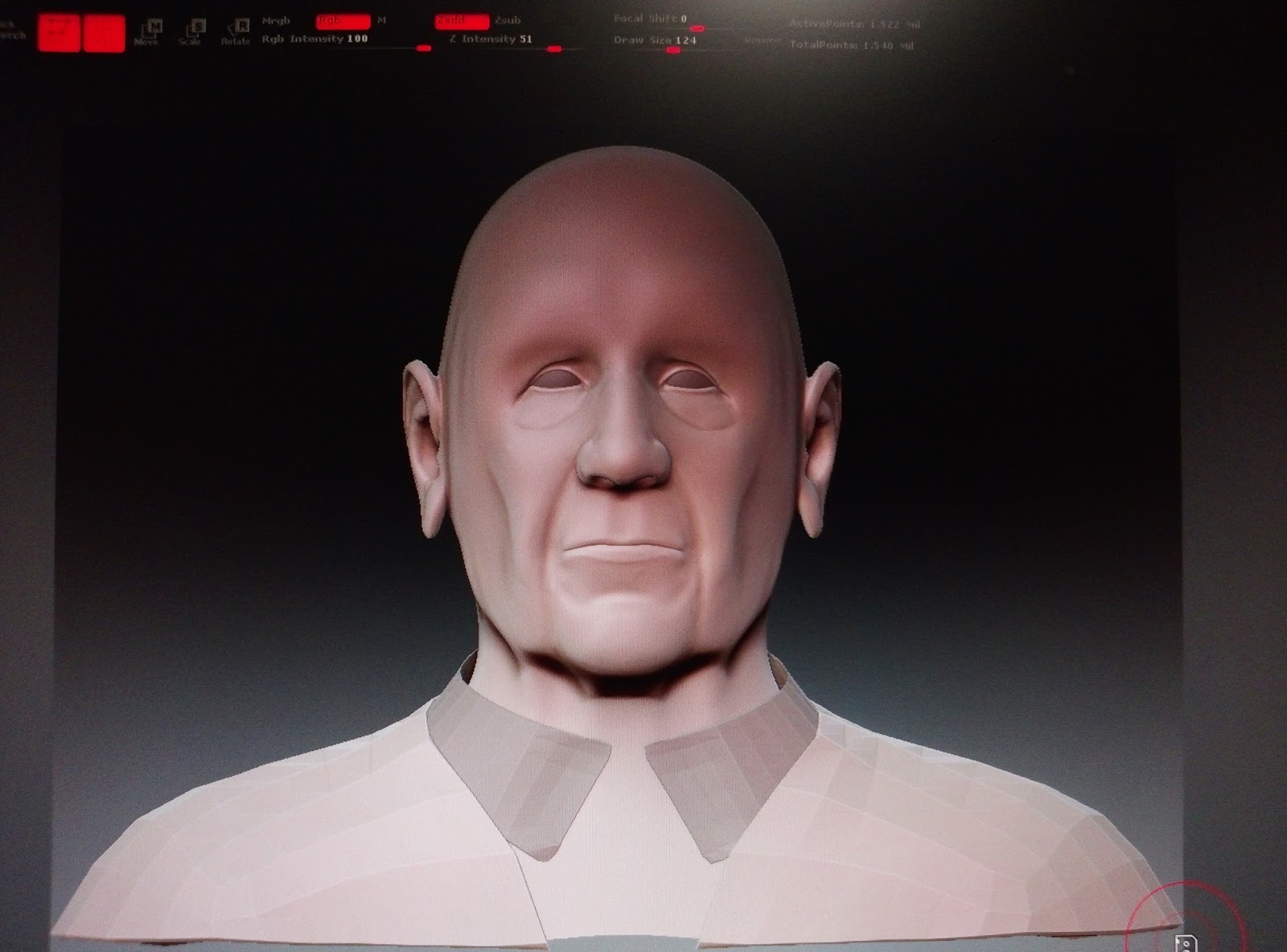 I had been waiting till I got a monitor to start learning Rhino and I finally got one Tuesday.  I got a used 24 inch monitor pretty cheap.  It's so much better to use CAD software on a big monitor.  So I'm working through basic tutorials now.  I'm going to try to stick with it till I learn it well this time.  I was learning Matrix several years ago, but got bored with it and never learned it that well. 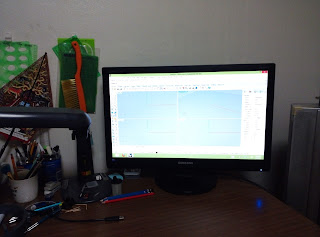 I have a piece in the new book Showcase 500 Art Necklaces.  I haven't seen the book yet, but my parents said they received it in the mail a few days ago.

Here's a picture my friend sent me: 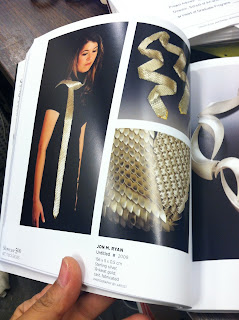 Last day at my school

Today is the last day at the high school I teach at in Pyeongtaek.  I'm sad, I really liked it here.  Next week I'll start teaching at an elementary school in a different city.

I found out last week that the Cedar Rapids Museum of Art recently had two of my pieces donated to it's permanent collection, a brooch from 2009 and a ring from 2005.

I was told they would be in an upcoming exhibition this spring (probably this exhibition, but I'm not sure). 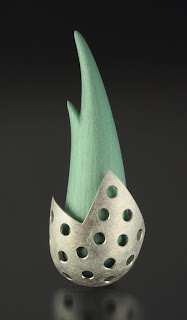 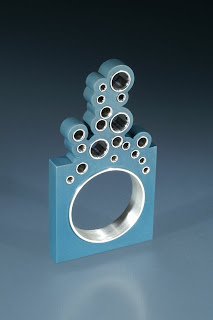 Here is a recent wax I finished.  It is a plumeria, the national flower of Laos.  The wax is about 11mm in diameter.  After it has been cast I will make a rubber mold from it and make earrings. 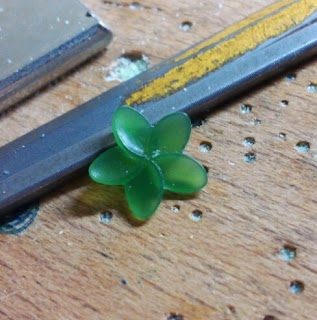 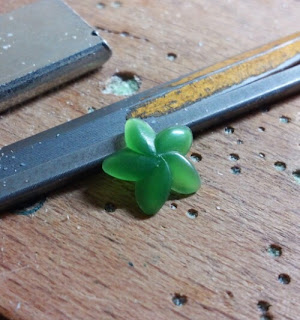 This is a photo I took of some in Laos 2 years ago: 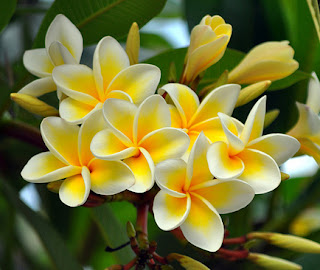 Recently I became interested in doing watercolor renderings of jewelry designs again.  I took the jewelry design course at GIA in 2001 and learned how to do watercolor renderings, but within a year of finishing the class I had completely stopped doing them.  I like the look of them, but they were usually just too much work.  Living in a small apartment in Korea I am really limited with the kind of jewelry work I can do here, so I decided to relearn to draw and paint.  In December I ordered some books and jewelry illustration and rendering.  I also asked my parents to send me all my drawing and painting supplies and all the instructions, handouts, notes and samples from my design class. After I finished that class I had kept all my papers organized and in a folder because I felt I would need them again someday.  I have never been so organized with any class materials before or since then.

Since there is no school all January and February, but I am still required to be at school, I have had a lot of time to practice drawing and painting here.  So far I have been doing the technical drawing exercises in Jewelry Illustration by Dominique Audette and the painting exercises from my GIA design class.  I recently got the book Techniques of Jewelry Illustration and Color Rendering by Adolfo Mattiello, which seems like a good book.  I did a few of the exercises in the beginning but I think I will wait to start on that after I have done most of the GIA design class assignments since they use a different painting technique.

There are some designs I did in the design class in 2001: 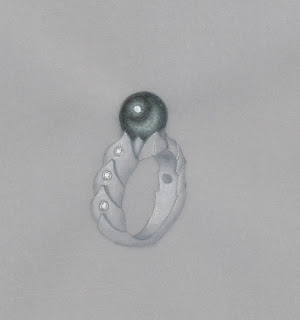 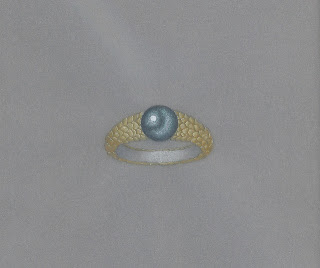 About a week ago I went to the World Jewellery Museum in Seoul.  Most of the jewelry wasn't my taste, but it was worth the visit.  Photos weren't allowed inside the museum, so here's what it looked like on the outside: 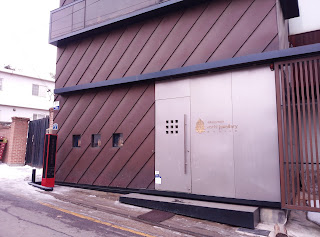 I found a new job in Korea.  I'll be working an an elementary school in Hanam-si, Gyeonggi-do.  I will start at the new school March 7th.

Not much happened with my metal work in 2012.  Just look at the number of postings by year on the side of this blog, I barely wrote anything.  But even when there was something I could write about I didn't.  I have gotten so out of the habit of writing here that I usually don't even think about it.

I spent the first two months of the year in the US.  Most of the work I was doing was just little things to make money, like lockpicks and aluminum training blades.  I finished a commission for a belt made of silver scales, but most of the work for that was done in 2011.

I finally went back to Korea at the end of February.  And just like my first year in Korea, I totally stopped working on stuff once I got to Korea, even though I did bring my carving tools.  I finally started doing a little wax carving in the summer and continued working on things occasionally the rest of the year.

Near the end of 2012 I decided to start doing watercolor jewelry renderings again.  I took the jewelry design course at GIA about 12 years ago and learned to paint with watercolors, but it was so long ago I think I need to relearn it.  I had my parents send me my drawing and painting supplies from home, but at the end of the year I did not have all the things I need to start yet.

This year in Korea was even better than my first year.  Better school and better apartment.  I've been studying Korean almost everyday but I'm disappointed that my ability is much lower than I expected after studying in the country for almost a year.  I really wanted to stay at my school a second year, but there's no money in the school budget for me.  From what I've heard, almost all foreign teachers will be gone from high schools in my province in the next school year.  I want to stay in Korea one more year, so I am looking for a new job now.
Posted by jon at 12:03 PM No comments: