I still have a few things to finish for the show at Taboo Studio. These are the earrings in my July 11th post. I am mostly finished shaping them. It's difficult to inspect them when they are shiny so I sand blasted them to make it easier to see any unevenness. I need to finish working on the areas where the shapes come together. Those areas always take the most time. I will probably use knife edge graver to clean up the deepest areas where the shapes meet, but mostly I will be using files. 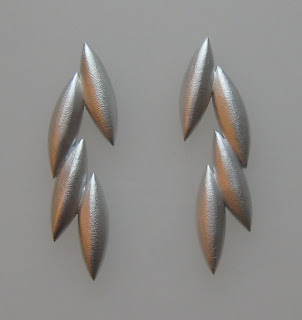 Here are photos of some of the metal studio.

There were several rooms, this one had all the stakes, forming tools and other equipment... 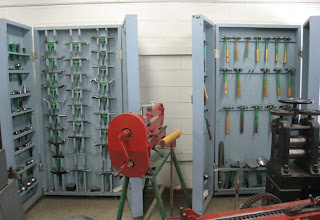 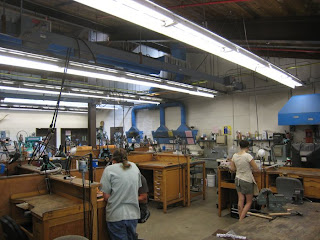 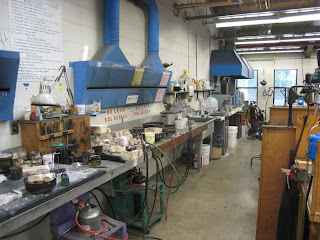 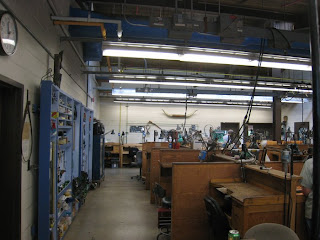 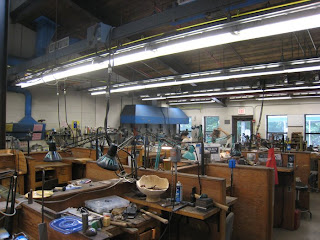 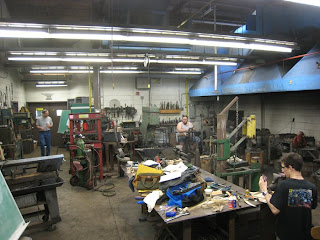 I liked the studio. There was also a room for chemicals, and a room for polishing and grinding.
Posted by jon at 7:04 AM No comments:

I took a trip to the Appalachian Center for Craft in Tennessee last week to see my friend from grad school, Yoko Noguchi, who is currently the artist in residence in metals. I drove there from Chicago, the drive was about 10 hours. I don't mind long drives like that at long as the landscape is interesting. It becomes interesting about 4 hours south of Chicago.

The school was nice, I think I would like to take a workshop there sometime. It would be nice to spend a week or two there, but I think that would be about all the time I could spend there. The place is in the middle of nowhere. I can't live in an area like that. 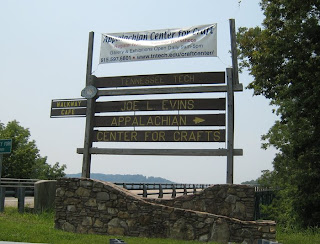 These are the cabins people stay in... 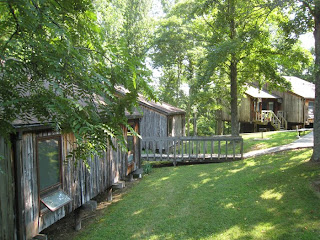 Some of the studios... 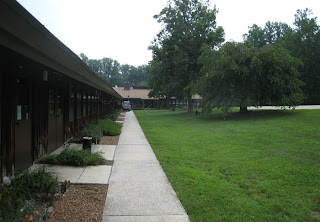 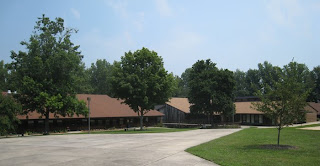 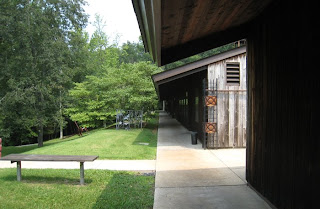 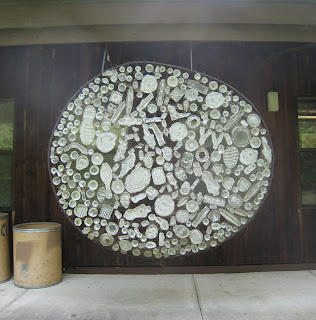 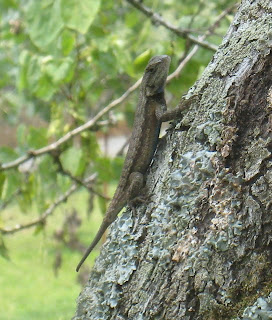 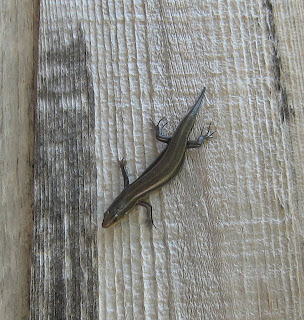 This is about a mile from the school....

I am currently working on several pairs of earrings for the show next month. The first photo shows one of them very early in the carving process. The finished piece will be the same sort of thing as the photo of the pendant below it, but I will put a texture on the earrings.

I start out with gravers cutting the deep areas. At that stage I am not too worried about making it smooth, I am just removing metal. I will work on smoothing things out a bit as I get ready to file. The files will finish smoothing things out and make the contours of the outside edges. I will go back to using gravers at the end to clean up the places I can't get to with files. 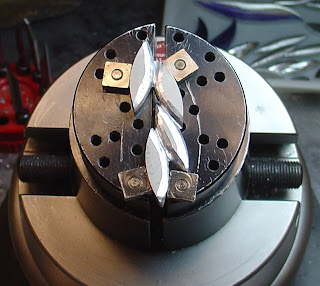 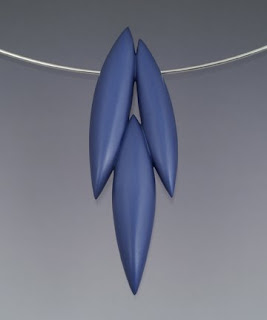 Here is another earring I am working on. This one will be sort of flat, like the blue earrings below it. 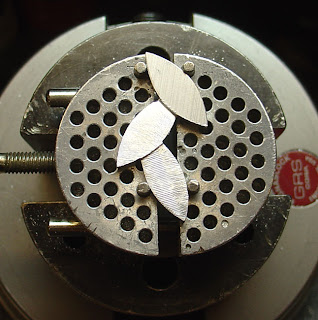 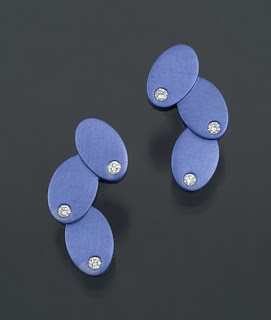 I got some more new tools recently. I got this Wolf Trimmer, its for milling wax, but I have been using it for aluminum. 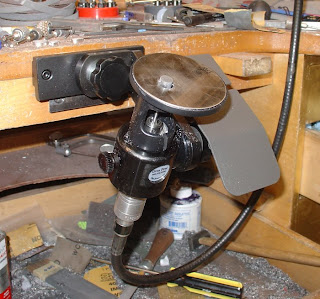 I love this sort of thing, so I bought it, even though I already have the Foredom Allset milling attachment. 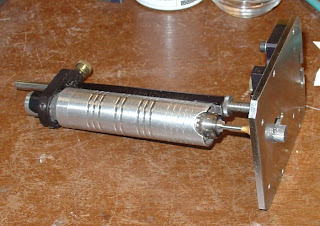 The Allset milling attachment is much more versatile, but it's also about $330 vs. the Wolf tool which is $40, and I when I used to do a lot of wax carving I usually didn't use the Allset in any other configuration than the way that the Wolf tool is set up. The most important thing for me is the Wolf trimmer fits in a GRS benchmate.

I also recently got a light tent. For most of last year I had been using my friends light tent. He left it at my house because he didn't have a camera, so he would come here when he needed to take photos. I had never used one before and it made lighting so much easier. After he took it back I really missed having one, so a couple weeks ago I got this one. 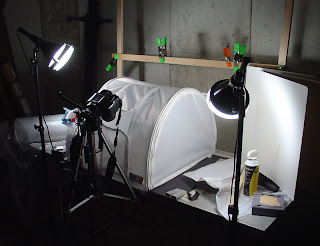 I really didn't want to stop working on the copper vase before it was finished. I didn't want to have one more almost finished piece, but one of the reasons I put it on hold was to do a commission. Now that that's done I have to finish some things for the show at Taboo Studio. The show opens August 15th, but they need the work by August 5th.

Lately I have a problem with focusing on what needs to be done. For example, I have to finish some things for this show in August, but I would rather work on things that are not for the show. Once I have sent my work to the show and can work on the things I want to do now, I will probably want to start on something else instead.

And I still have my problem of having too many unfinished pieces. I tend to drag things out if I don't have a real deadline for them. Occasionally it's because I lose interest in a piece for what ever reason, like maybe its not turning out the way I expected and I start to feel like it's a waste of my time. But more often I procrastinate because I don't like the step of the process I am at.

I have to finish some of those unfinished things if I want to have anything to enter in the exhibitions and competitions coming up this Aug and Sept.
Posted by jon at 8:56 AM No comments: