There has not been much worth writing about lately. I have just been working on commissions. More lock picks, mostly the same design as the photo I posted Sept 19th, just different colors. It's kind of boring making the same thing over and over, but at least I know I am being paid for them. When I make a new noncommissioned piece it might not sell, it might not be accepted into any juried exhibitions or competitions, and it will end up sitting in a box. I wouldn't go so far as to call it a waste of time, but I like to get something out of my work, like money or recognition. Sure I get satisfaction out of making something, but satisfaction plus money and/or an award is better.

I was going to take a machine shop class again this fall at the community college, but decided to take a vessels class in ceramics instead. I used to love working with clay, and it's been about 9 years since I have worked with it, so I was really looking forward to it. Since the class was only 2 credit hours, it was scheduled to start Sept 22, which is about a month after the semester starts. So I went to class on Sept 22, and no one was there. I called the college the next day and found out the class had been canceled. And since it was already a month into the semester it was too late to register for another class. 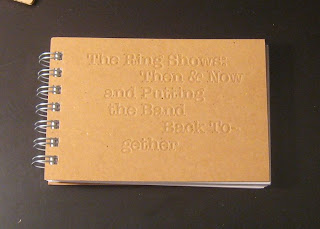 Labels: ceramics, commissions, lock picks, putting the band back together