I got two new toys to use with Rhino while I was in the US.  I got a Logitech G600 mouse with 14 extra buttons so I can program them with the commands I use most often.  Today is only about the 3rd time I have used it, so I'm still learning the buttons.  The button functions are what's on paper between the keyboard and the screen.  I like it so far, except for the cord.  It's been years since I have used a mouse with a cord.  I can't stand cords, I don't even know why they still make them with cords. 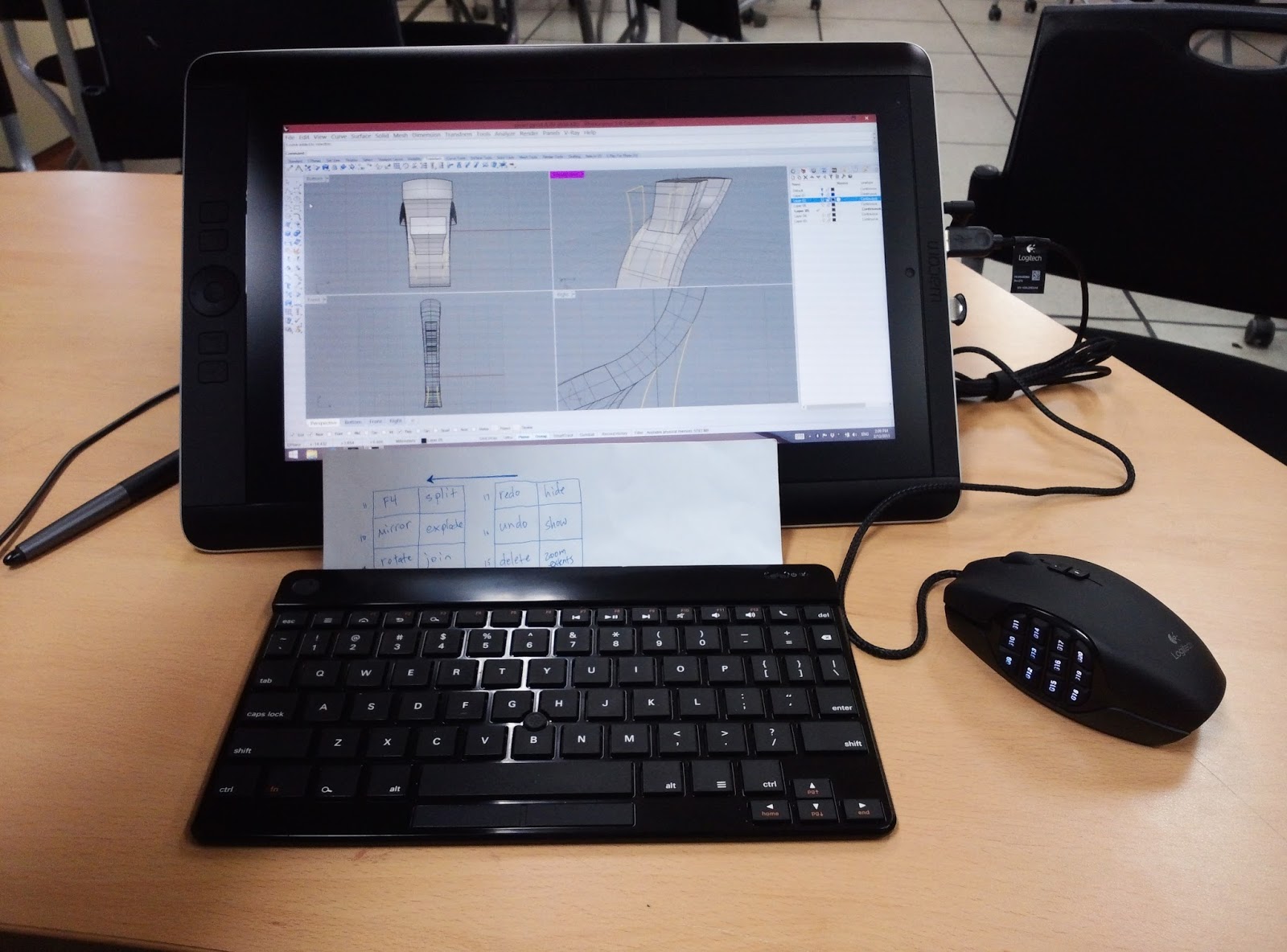 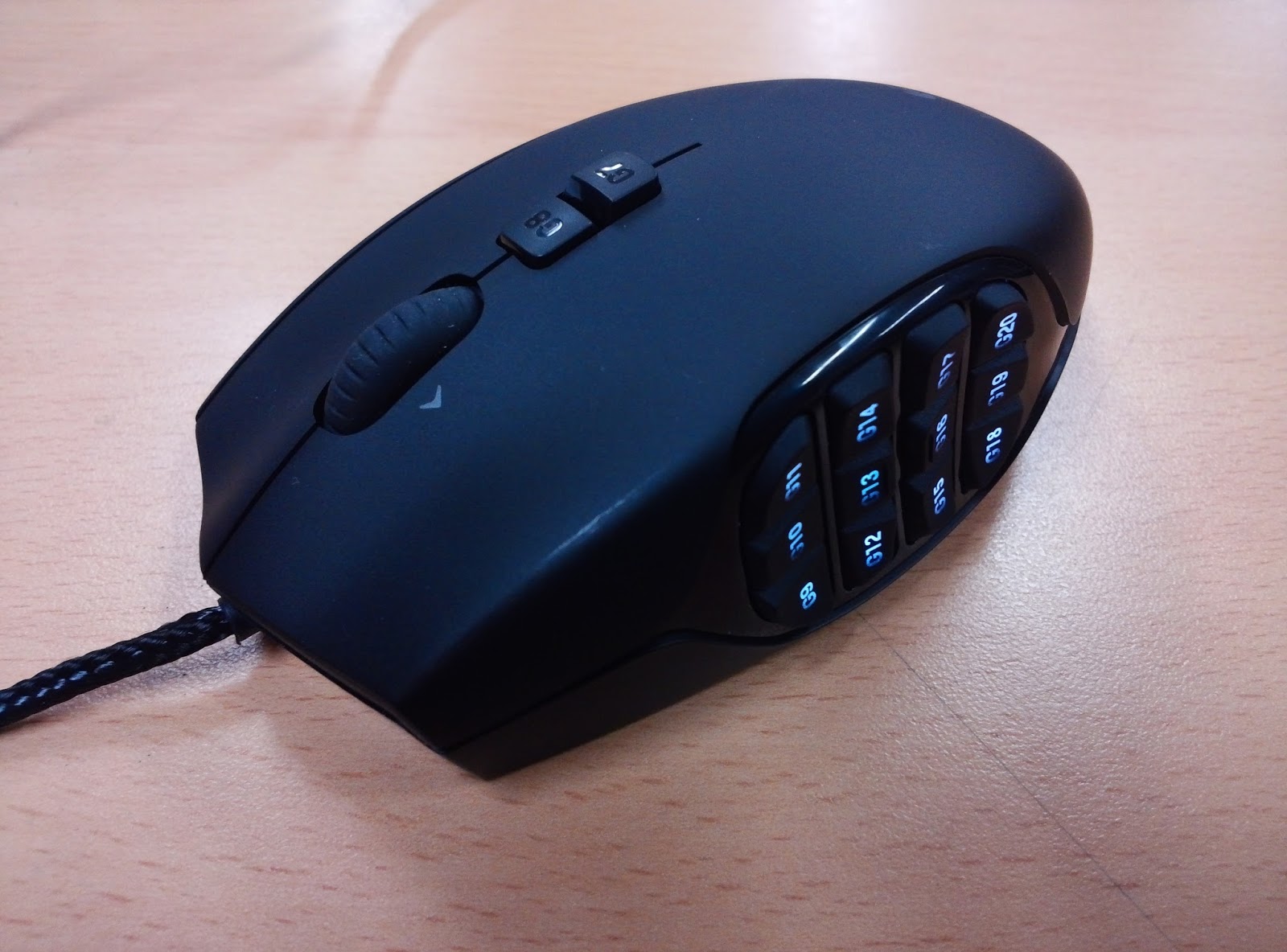 I also got a 3d mouse, the Spacemouse Pro Wireless.  It is for moving the model around while you work.  The knob in the middle moves in all direction so you can move, rotate and zoom any way you want.  So you would work with the normal mouse in your right hand and the space mouse in your left hand.  It's much more difficult to use than I expected.  It's probably overkill for the simple CAD work I do, but I don't care. 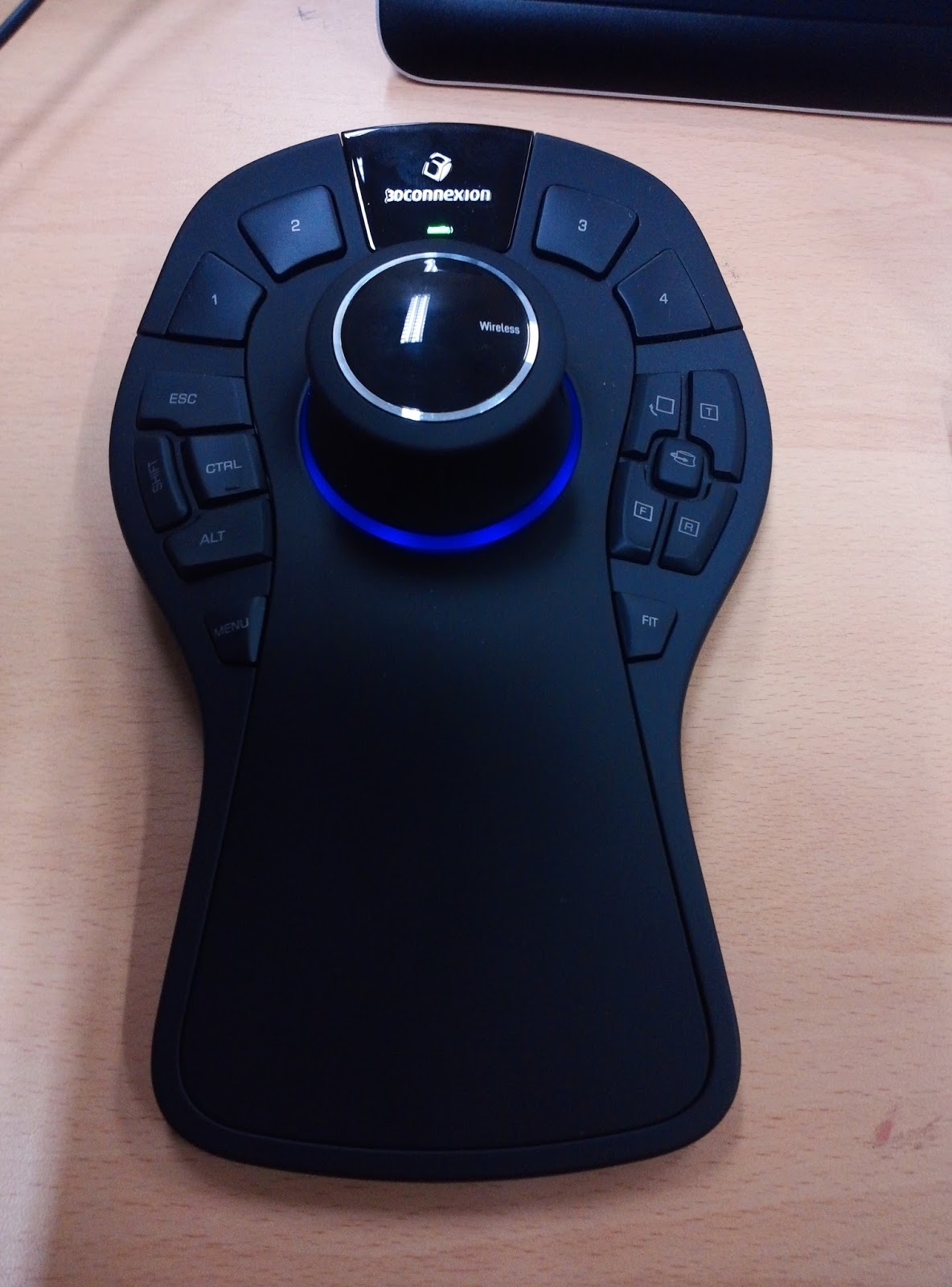 The space mouse can also be used with Google Earth to fly around.  It's pretty cool. 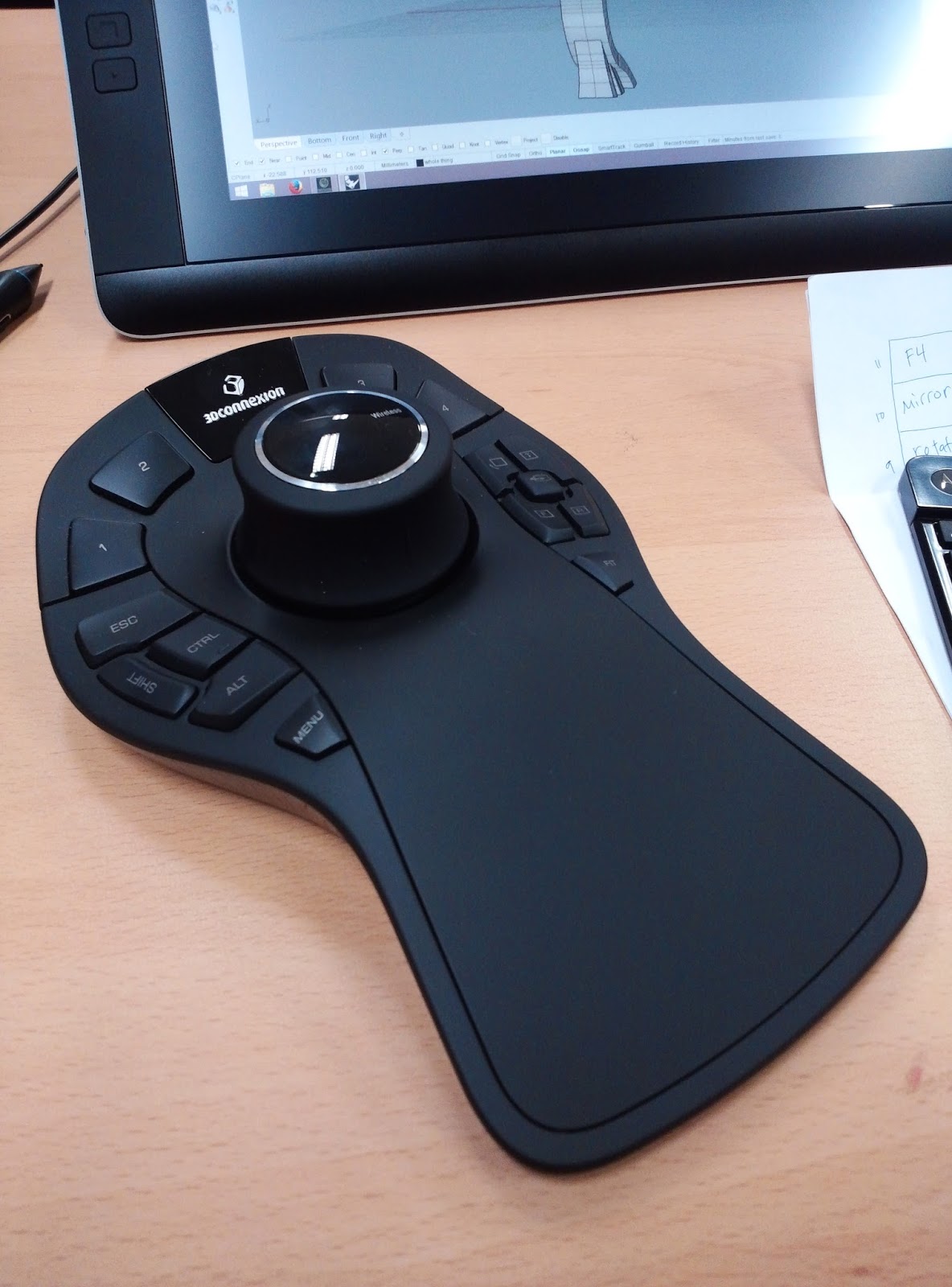 I got them at the same time, set them both up and tried to work but it was too confused having an unfamiliar tool in each hand.  So I decided to put the space mouse away till I am more familiar with the new normal mouse.
Posted by jon at 3:25 PM