My aluminum and ebony brooch is pretty much done. I just need to screw the top part of the pin back to the aluminum. I wanted to photograph it with out the pin back cause I don't want to have to worry about the pin stem showing in the photos. I have photographed that piece twice and I am not happy with the results. I am having two problems. One problem is getting the dark brown ebony well lit with out over exposing the aluminum. It looks ok in some photos on the computer, but it always prints too dark. The other problem I am having is the green aluminum is washed out. It's not over exposed, its just coming out too light. I have tried turning up the color saturation in the camera, but that doesn't help. I can mess around with it in Photoshop and get it sort of the color it should be, but I don't want to do that. I'll post the rest of the process photos of that piece once I have a good photo of the finished piece.

I'm still trying to finish up my unfinished pieces, but I haven't been working very hard at it. I have several pieces I stopped working on because I wasn't sure how to continue with the design. Usually I stop working on the piece and think I'll figure out the right thing to do with the design later. Eventually it gets to the point where the piece has been sitting around so long it just needs to be finished. Even if the finished piece is not that good, I'd rather just have it done than leave it sitting around unfinished for a few more years. It also sometimes gets easier to finish the piece after its been sitting around for a long time because if a lot of time has been put into the piece I worry about making the wrong decision about the rest of the design and wasting all the time and effort I have put into it. But if the piece has been sitting untouched for like a year then I don't really remember all the time that went into it, so it's not as big of a deal to just make the design decisions and finish the thing. The pieces I am posting photos of today are not anything I spent a lot of time on, which makes it even stupider that they have been unfinished for so long.

The brooch in the photos below was something I made when I first got my Sherline mill in Sept. 2007. I think I was going to flush set some sapphires on it or something. I decided to just anodize it black and file the anodized layer off of the edges and the raised square on the front, and engrave the design on the back, which I had drawn on it back when ever it was that I was going to set stones in it. 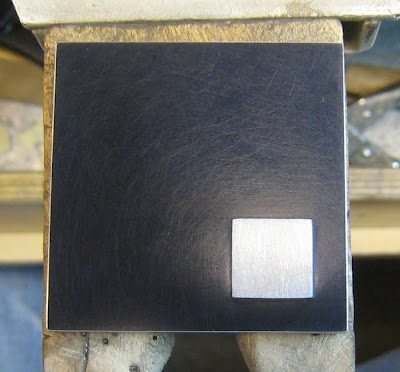 All I need to do is make a pin back for it and it will be done. The pinback will cover the hole, and part of the top two engraved things. 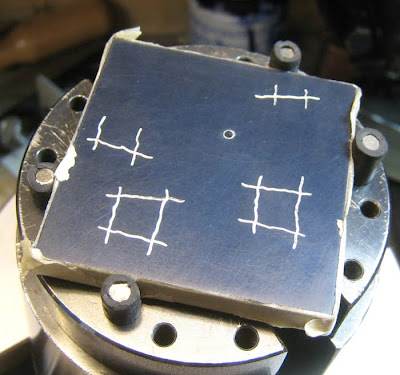 Below are some earrings I never finished for some reason. I don't know when I started them or why I stopped working on them, but I am sick of them being unfinished. 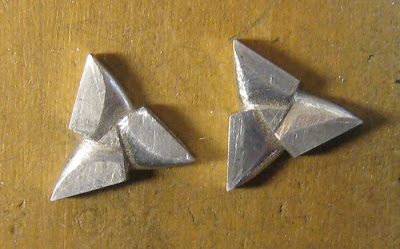 I did some work on them last night and I guess they are mostly done. Maybe I will shape them a bit more. 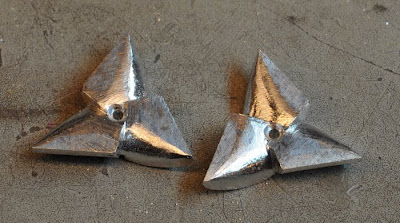 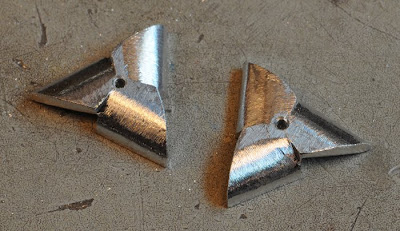