I could have had my ebony and aluminum brooch done a long time ago, but I didn't work at much of anything between Xmas and New Years. I worked on it a little last night, I'll probably finish it tonight.

I made the silver screws for it a few days ago. As far as I know there aren't any suppliers that sell sterling screws. Reactive Metals sells silver plated screws, but I want solid sterling screws. Anyway, I think it's better to make all the components of a piece myself.

I made up this process a few years ago. I don't know if there are better ways to do it, but this works for me.

Most of the screws I make or buy are 0-80. For 0-80 screws I make the head of the screw out of straight rod, I think I used something like 2.5mm diameter. I drill a 1.2mm hole in the center of the rod on my lathe. 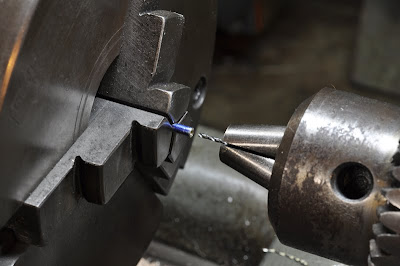 I then tap the rod. A pin vise makes it easier to hold the rod. I use taps from McMaster-Carr. I have some from Reactive Metals Studio, but I don't like them as much as the ones from McMaster. 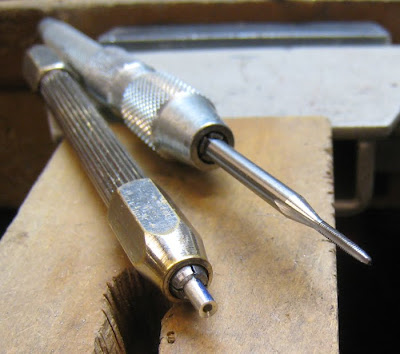 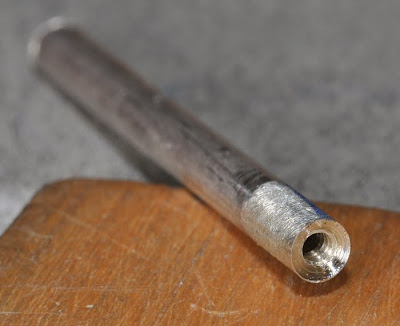 After I am done tapping, I set my tube cutting jig to about 1.5mm and cut the rod into little 1.5mm pieces. After each piece I cut off I file the end of the rod flat and put a tiny chamfer on the corner so it looks nice before cutting off the next slice. 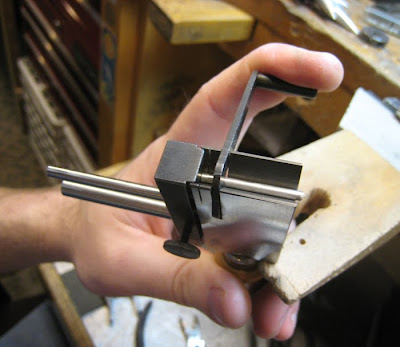 Next I make the threaded shank of the screw out of 1.6mm wire using a die. 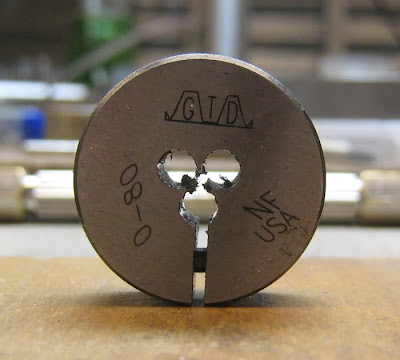 It's good to straighten the wire before starting. I am kind of lazy and the wire was mostly straight. Straight enough that it would be ok once its cut in to 5 or 6mm pieces. If I was making a longer screw then I would take the time to properly straighten the wire by putting one end in a vise and pulling the other end before cutting the threads. 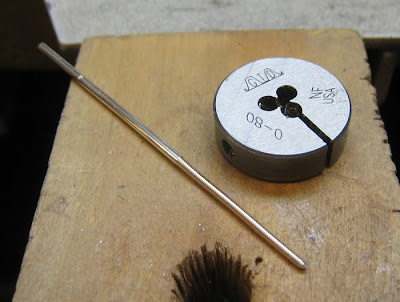 I hold the wire with a pin vise and thread an inch or inch and a half, then cut the threaded wire into pieces. Add about 1.5mm to what ever length you want the screws to be. After every time I cut a section of wire off I file the edge of the wire before cutting the next piece off. You will never get the screw to go in if there's a rough bur on the end from sawing it, and its easier to file the end when it's still attached to a longer piece of wire. After cutting off several pieces I thread the wire some more and cut off more sections.

Next the heads and shanks need to be screwed together. 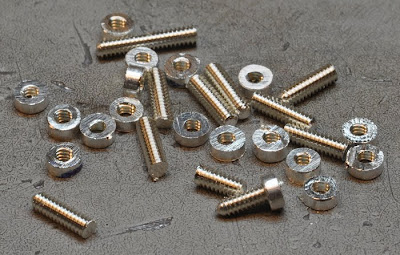 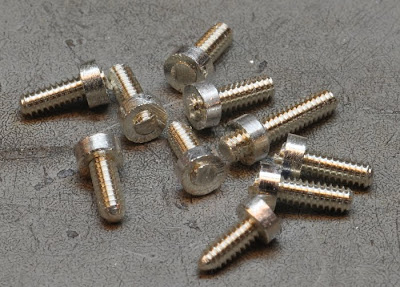 Next I solder the pieces together. I embed the shank of the screw in a magnesia block so I don't have to worry about solder flowing down the shank, and put a piece of solder on the head of each screw. 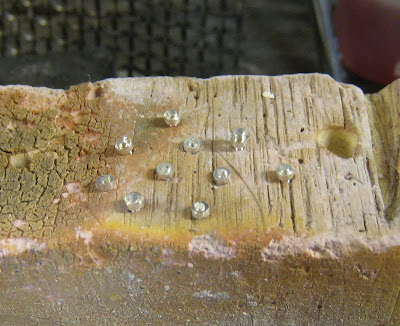 I use my flexshaft like a lathe to clean up the screws. I have a little piece of threaded rod I put in my flex shaft to hold the screws while I work on them. 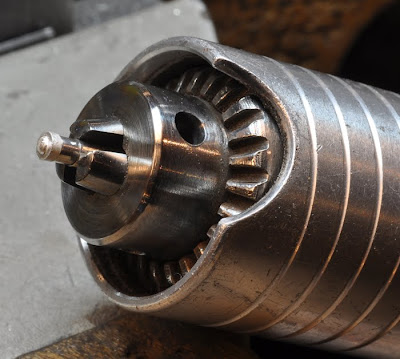 I file the top flat then sand the top and sides of the screw head. I then cut the slot in the screw with a jewelers saw and polish the head. 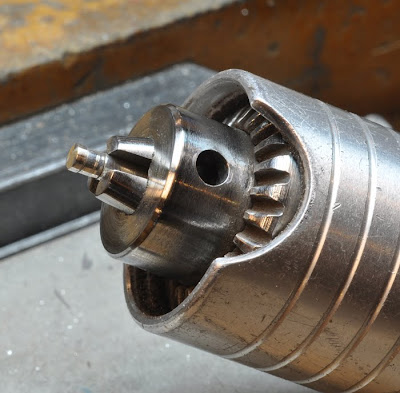 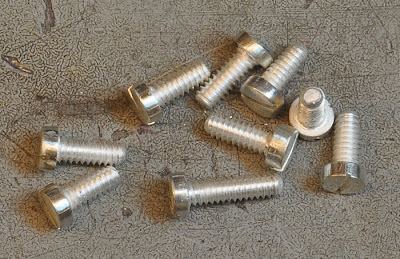 Wow, you have more patience than I do! Thanks for sharing your process.