It's been a while since I last posted. I have been working, I just haven't been in the mood to write about it.

Somehow I have managed to sprain 3 fingers and a thumb in my martial arts class. The fingers are not sprained bad and I usually don't even notice it, but my thumb hurts to grip things in a certain way. It's not preventing me from doing anything, it's just annoying.

I finished a bracelet last night. Its made of anodized Japanese 1 yen coins linked together with sterling silver. The coins are aluminum, so I am able to anodize them. 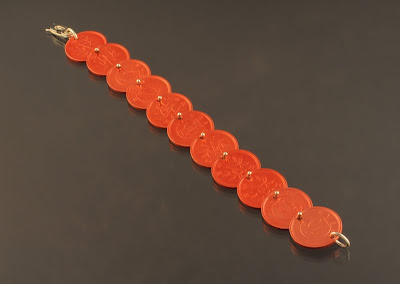 I had the idea for this in Nov 2008, but never got around to doing anything more than putting a few coins together. I was using green, but green is not the most consistent color, and when I anodized some more coins recently they didn't match the ones I did in 2008. So I decided to use red. I thought it would be more appropriate since they are Japanese coins and there is a red circle on the Japanese flag. Right now 1 yen is worth a little more than a penny, so making mistakes doesn't really cost anything. 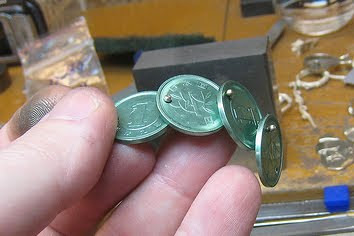 The coins for the bracelet have holes drilled in them. But I also anodized a bunch of coins without any holes. I took those with me to Japan last year to try to get them into circulation. I put most of them in the donation boxes at shrines and temples. 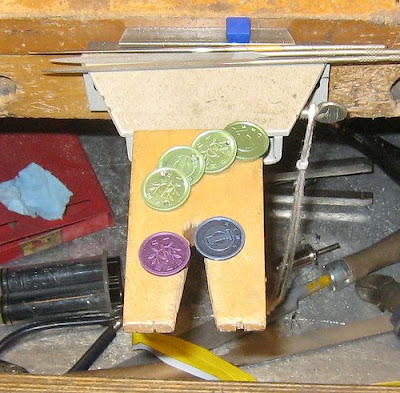