Progress Tool has closed down. That sucks. But I rarely ordered from them and I only went there once or twice when I lived in California.

Thursday I dropped off three pieces at the Lill Street Art Center in Chicago for the CMAG members exhibition. The exhibition opens February 19th at Lill Street and is up till March 13th. 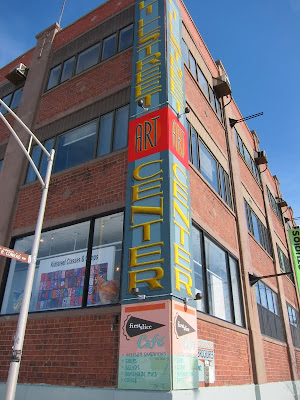 The exhibition is not juried and is open to all CMAG members so I am really curious about what the overall quality will be. I would really prefer it be a juried exhibition. I'm probably not going to go see it. I hate driving up that direction.

This year's CMAG swap meet is March 6th at The Art Center Highland Park. I haven't decided if I will participate or not. Last year I sold a lot of tools I don't use anymore, but I don't know if I have enough stuff to make it worthwhile this year.
Posted by jon at 8:47 AM