This is the lid. I made a handle out of plastiform from Otto Frei to hold the lid while I worked on it. All the tool suppliers sell the stuff under different names. Its a plastic that gets soft when its heated and you can use to to hold parts. I think its great. 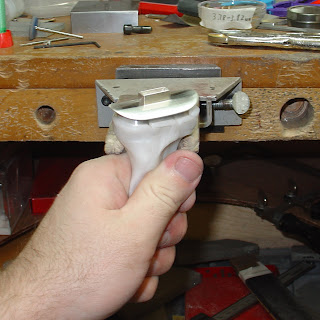 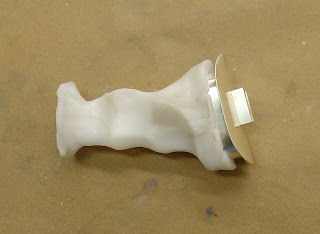 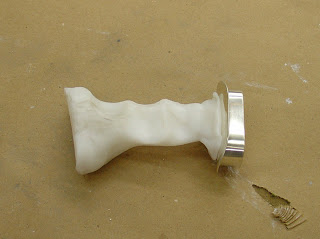 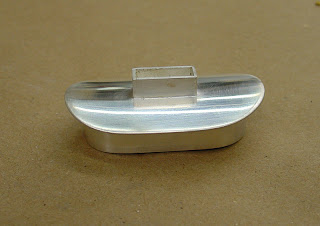 This bottom piece was very difficult to fit to the curve of the lid. 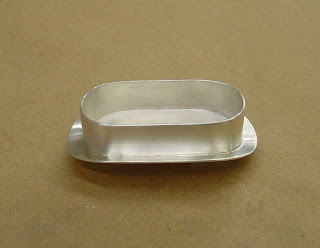 I hadn't given much thought on what the spout would look like. I made some clay models to try to decide. 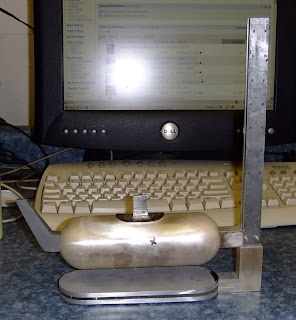 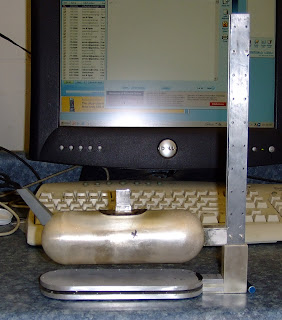 There were a few other ideas, but I went with this one. 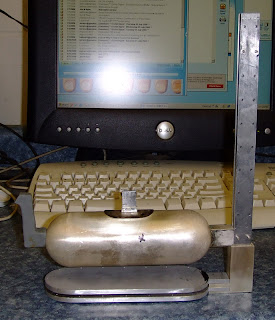 After deciding on the shape and size of the spout I cut holes in the body of the teapot. I this photo I have only drilled the holes, I filed them all square to make them look nicer. 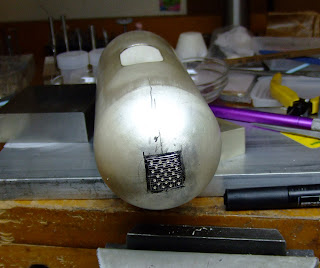 This is the spout in progress. I made it at Haystack in July 2006 when I was there as Chunghi Choo's assistant. I messed up the first one and had to make a second, which I barely had enough silver for. 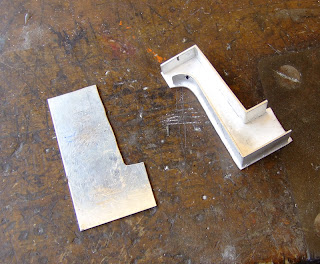 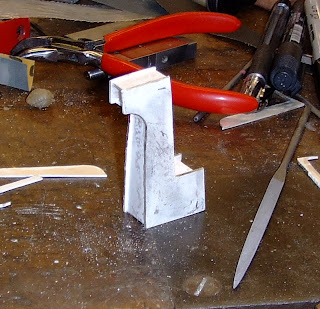 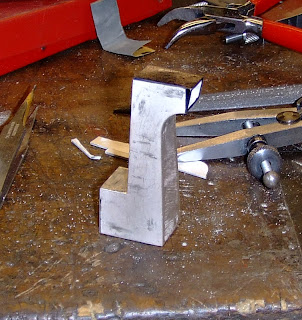 I have the two parts taped up so I don't damage the edges of them while I sand the rest of the teapot. 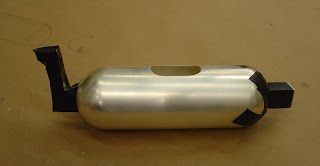 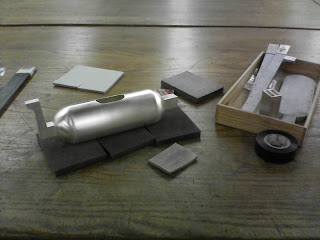